Skip to primary navigation Skip to content Skip to footer

One of the world’s finest lakes

Flathead Lake is one of the largest natural lakes in the world and is the largest natural freshwater lake west of the Mississippi. The Lake is primarily fed by the Flathead and Swan Rivers and the water quality is among the best in the world. Flathead is over 27 miles long and over 15 miles at its widest point and covers 191 square miles. The deepest part of the lake is 370 feet while the average depth is 164.7 feet. 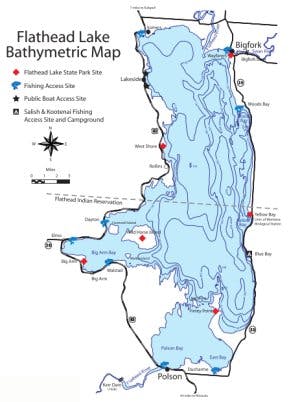 Lake Koocanusa also offers a variety of sport fish such as Kokanee Salmon, Ling, Kamloop Rainbows and Bull Trout. Our main target species is the Kamloops, but a by catch of a big Bull is always welcome. From June 21st to February 28th a person may take a single Bull Trout with a Catch Card* that can be acquired from Montana FWP Region 1.

The lake is open for fishing year-round and Typically fishes best when water temps are below 60 degrees. This means early spring until water temps are up and later fall/winter after they comeback down. A heated cabin boat makes this an enjoyable fishing experience.

Koocanusa Lake runs as deep as 370 feet and is 90 miles in length, half of which we share with Canada. Fishing Lake Koocanusa requires an all day charter. As always, a Montana fishing license is required to fish all Montana waters. 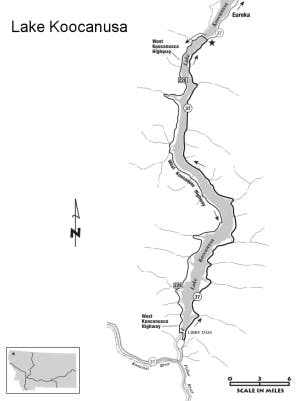 Wild Horse Island, near Big Arm Bay, Flathead’s largest island, is a State Park on Flathead Lake.  It is famous for its herd of Rocky Mountain Bighorn sheep and several wild horses.

If hiking and photographing wildlife is of interest to you and the family, you’ll have the opportunity to see wild horses, big horn sheep, mule deer, eagles and osprey and other animals that call Wild Horse home.

We will pull up to the island let you hop off to begin your hiking tour of this marvelous island on Flathead Lake. Typically, seeing the island’s wildlife is often nothing more than looking around.

The largest island in Flathead Lake and one of the largest inland islands in the USA.  Boat access is required to reach this day-use-only 2,160-acre island state park. After docking at the island you can leave the boat and embark on your personal hiking adventure. You will have the opportunity to see and photograph more than 100 different birds and animals, such as osprey, bald eagles, Rocky Mountain bighorn sheep, mule deer, coyote, and wild horses. 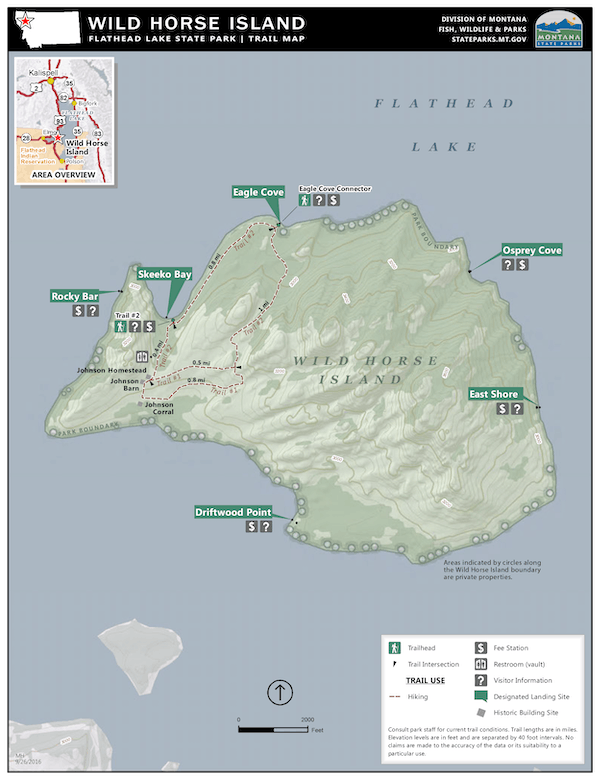